Are you looking to produce a script that you have for a video and want it handled by the professionals? If so, you'll likely want to have the job bid on by multiple video production agencies so that you can pick the one that will do the job quickly, on budget, and with great production values. Here are some tips for going through the bidding process.

Have The Script Ready

You are going to want an apple-to-apples style comparison between video agencies in order to give an accurate comparison during the bidding process. Coming to them with an idea is not going to produce the similar result that you are looking for. That's why you want to have a script ready to be evaluated as part of the bid.

For example, saying you want a 30-second commercial made is a very generic request and can cause the costs to vary greatly between video agencies. If you have a script that can be broken down into various components, such as shooting locations, talent required, and overall shoot complexity, you'll get a more accurate result of what the final cost will be.

You likely have a budget in mind for making the video, so let the producer at the video production agency know what it is. This will give you options for how to shoot your video and make it fit within your budget. It will help them cut costs in areas, such as deciding what kind of equipment to use if multiple cameras are involved, which will bring down the price to make it work for you. There may even be creative ways to reduce costs, like using stock footage instead of filming a specific shot at a location.

Be Prepared To Make Changes

If you are coming in with a complicated script and a small budget, you need to be prepared to make changes in order to produce the video you want. A video production agency is going to find ways to work with you to get your business but they also don't want you to pay more than you can afford to finish a video. That's why you need to be prepared to alter your video if something you want to make is not possible within your budget. This could include things like cutting elements out of the script that are not necessary, reducing the amount of talent you use, and having fewer shooting locations.

Reach out to a video agency in your area. 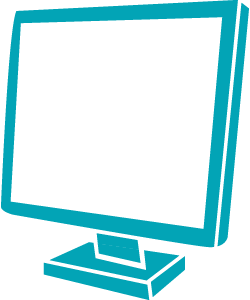 Have you ever stopped to think about how wonderful it is that we can capture important and meaningful moments in photographs? Years ago, the only way to capture such moments was by painting or drawing them, which took endlessly more time. Today's photography technology is incredibly advanced. Not only can photographers capture a moment, but they can use editing software to make it look amazing. We discuss a wide range of photography-related topics on this blog. Learn a little more about the industry, how to find a good photographer, and how different techniques work. We hope you enjoy the learning process.

Things To Consider When Framing A Picture
30 September 2021
Framed pictures are a great way to add something special to the decor inside your home, and the frame you choose for each picture can make a big diffe …

Tips For Bidding A Job Out To A Video Production Agency
13 August 2021
Are you looking to produce a script that you have for a video and want it handled by the professionals? If so, you'll likely want to have the job bid …